Jan's Journal Part 1 - About The Brain

Jan Jahnel RN, CNRN is the Stroke Nurse Coordinator for the INI Stroke Center and INI Stroke Network at OSF Saint Francis Medical Center in Peoria, Illinois. Jan has 14 years of neuroscience nursing experience with the last five years focusing on stroke processes and care. Her commitment and dedication has been an important part of Stroke Camp. She works very closely with Retreat and Refresh Stroke Camp, attending many weekend camps, helping with some of our fund raisers and providing us with technical knowledge of stroke.

The following is a Power Point presentation she has provided that explains many of the technical aspects of a stroke. I have modified it and converted it to a multi-part series in blog format.  (Please forgive the blurriness of the first picture. It's the best I could do during the conversion from Power Point to blogger format) 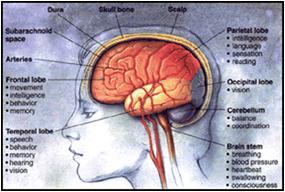 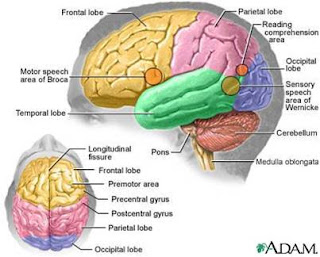 In this picture you can see the different lobes of the brain.  It also shows some important areas within those lobes, such as speech areas, vision areas, and areas for reading and comprehension.  Damage to these specific areas will result in difficulty with speaking, understanding what is being spoken, problems with vision, and balance. 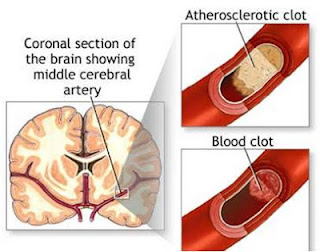 Here are some examples of how the pipe can clog.  An atherosclerotic clot is caused by fatty plaque buildup in the vessels.  These fatty deposits stick to the vessel wall and caus narrowing, slowing down the flow of blood. As these fatty plaques build up, the vessel looks at this as an injury and sends out cells to repair itself.  This causes a clot to form and either stops the blood flow to the brain or the clot can break away from the vessel wall and travel to the brain.  This is called a thrombotic stroke
A blood clot that travels to the brain is called an embolic stroke.  These are usually caused by a wandering blood clot, usually from the heart or the neck vessels.  Atrial Fibrillation( which is an irregular heartbeat) or a PFO ( which is a small hole between the chambers of the heart) may be the reason these clots form and are carried in the blood stream, clogging the vessels leading to the brain.
When this happens blood supply to that area of the brain is cut off and brain injury occurs. 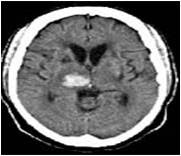 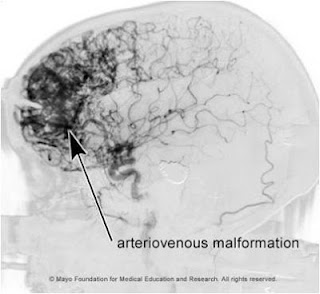 An arteriovenous malformation is an abnormal cluster of arteries and veins all tangled together.  These tangled vessels in the brain can rupture and bleed, causing a stroke.

Aneurysm
A weakened area or a ballooning of a vessel wall 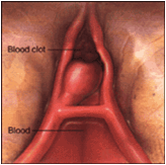 An aneurysm may happen in an area of the vessel where it splits….kind of like a T in the road.  The blood vessel weakens and the vessel wall balloons at the split.  The aneurysm can grow very large.  The walls of the aneurysm become very thin and finally ruptures spilling blood into the brain.  This is called a subarachnoid hemorrhage.

Cause of Hemorrhagic Stroke
Long standing Hypertension: High blood pressure that is not

controlled adequately. There are some reasons why the pipe
bursts.  Long standing high blood pressure that has not been
controlled can weaken the vessels over time and cause them to
leak or burst.

I hope this gives you a little insight of what a stroke is and a little idea of what the brain looks like and its many functions. In the near future I will be covering other topics such as some diagnostic tests stroke survivors will experience in the hospital and different types of treatments while there, what stroke survivors may expect while in the hospital and later when released, managing risk factors, rehabilitation, and what support is available after the survivor has been released from the hospital.