With Notebooks and Camera - Monica 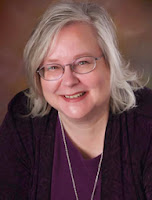 Equipped with notebooks for interviews and my camera for what I was sure would be my first and only Retreat & Refresh Stroke Camp, I turned onto that loooooong dusty, dirty road to reach this place called Livings Springs, hidden off the state road in Lewistown, IL, in June 2008.


Marylee Nunley and some other folks were there to greet me as I donned my name badge and offered my assistance as a weekend volunteer. 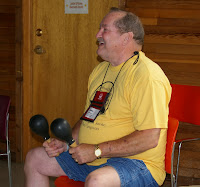 Marylee introduced me to her husband, John, who had survived his September 2001 stroke and was a friendly greeter.

I found myself observing more than interacting, but that was okay. I was still rather shy and felt much more comfortable listening and shooting photos. 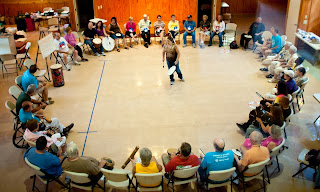 The first gathering was the drum circle, in which campers — stroke survivors and their caregivers — joined the volunteers. Susan Bock, the music therapist, tried to coax me to take an instrument and sit in the circle, but I politely said I’d like to take photos from the outer rim and learn while watching.


She smiled and understood. 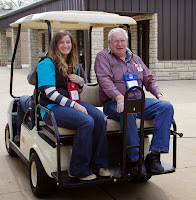 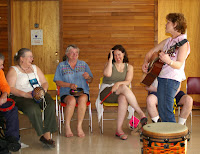 I saw caregivers and survivors of all ages,


from a young married couple to a mother accompanying her adult son who suffered a stroke after being shot in the head. 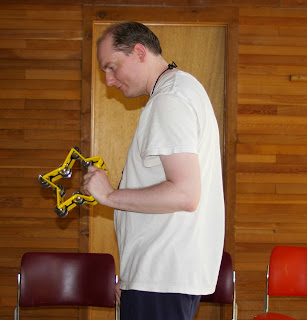 If I had seen most of these individuals while walking down the street, I would have never known they were survivors or caregivers. And each survivor faced different challenges, from physical deficits such as limited use of one side of their body to the inability to speak more than a few words.
The first clear message I heard was “once you’ve seen a stroke, you’ve only seen one stroke,” which I quickly absorbed and committed to memory. 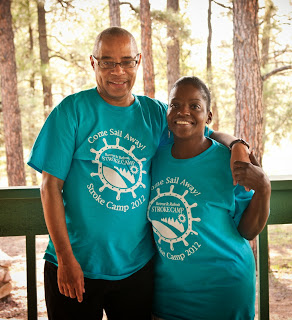 And the second immediate lesson was that the simplest things in life are truly the most important … laughter, love, tears, holding hands, hugs, being oneself. 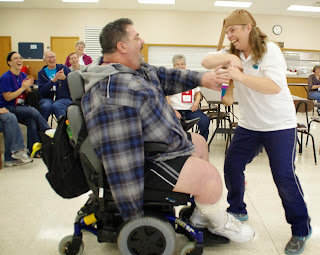 Marylee was definitely the hostess with the mostest as she made everyone feel at home in this main building that housed the individual sleeping and bathrooms for campers, and each opened into the main activity and dining room area. 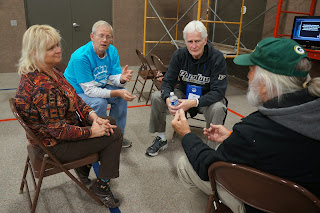 Caregivers could sit in the main area and talk with other campers and volunteers while keeping a close eye on a sleeping survivor. What a perfect arrangement. I loved it.